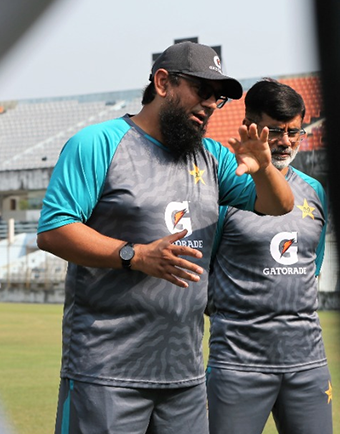 Saqlain started his first-class career in 1994–95 at the age of 17. In his first season he took 52 wickets and was selected to play for Pakistan A in a one-day tournament at Dhaka. In September 1995 he got international recognition, taking seven wickets for the PCB Patron’s Eleven against the visiting Sri Lankans. Former Pakistan captain Wasim Akram said of him that he was “the greatest off-spinner he has seen” and “as aggressive as a fast bowler, not afraid of getting hit, and has this total belief in himself.”

Saqy was the first off spinner to master the doosra. He had a fast, short-stepping action with a ‘halting’ delivery.

He has taken 13 Test five-wicket hauls with 3 Test tenfers. In ODI, he took seven five-wicket hauls. Saqlain was selected as one of the Wisdens Cricketer Of The Year for 2000. A statistical analysis conducted by Wisden in 2003 revealed Saqlain as the all-time greatest ODI spinner, and the sixth-greatest ODI bowler. He was the fastest to reach the milestones of 100, 150, 200 and 250 wickets in ODIs.

He now coaches internationally for a host of countries and franchises, whilst also being a TV pundit and regular contributor to his own YouTube channel.