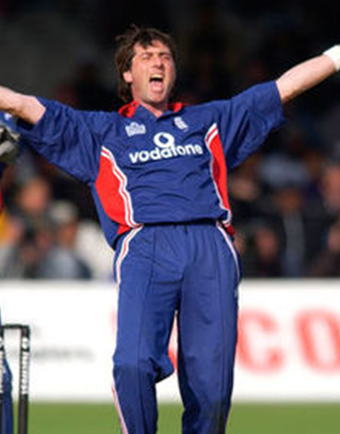 Ron Irani was a stalwart of county cricket in the 90s and 2000s, playing over 500 games for Lancashire and Essex combined. He also heavily contributed for England’s ODI side in the late 90s, playing 31 times for the side. Irani was a proper all-rounder, with over 20,000 runs and 600 wickets domestically.

He started his career at Lancashire, making his debut in 1990 and stayed at Old Trafford for 4 years before a move to Essex in 1994. Irani became a cult figure at Chelmsford and was crucial to that side during the 90s. This increasing popularity coupled with strong performances with both bat and ball led to him gaining the captaincy in 2000. He is respected for bringing through young talent in his Essex side, with both Alistair Cook and Ravi Bopara featuring under his leadership. After taking on some coaching responsibilities towards the latter end of his career, Irani retired at the end of 2007

Post cricket, Irani has taken on a variety of new opportunities. He worked with Alan Brazil at talk sport for 6 years, co-hosting on the breakfast show at talkSPORT. In 2015, he took up the position of Cricket Committee Chairman at his beloved Essex and has contributed to the success of the club over the last few years. Irani also has his own business venture, Orthosole, which is a customisable orthotic insole. He has led this innovative business since its inception and continues to do so in tandem with his position at Chelmsford.

Ron is available for a variety of off-field roles and events including broadcasting, leadership and keynote speaking and charity partnerships. He is also a partner in R&D Advisors UK Ltd  and worked with some of the biggest companies in the UK on Research and Development tax incentives. He is able to offer expertise through not just his experiences at high level cricket but also his business management knowledge as well as his broadcasting experience.