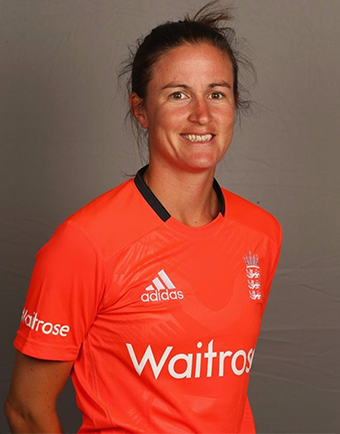 Becoming a mainstay of England’s middle-order, she was part of two World Cup winning teams, four women’s Ashes-winning teams, playing a key role in securing the 2013 trophy with a match-winning 64-ball 80 in the second T20 at the Rose Bowl. Her last international half-century came in July 2015, when she hit 53 in the first ODI of the Ashes series.

She retired from international and club cricket in June 2016.

Always destined to be a pioneer, in 1995, at the age of 10, together with her sister Emma and some friends, Lydia started a ladies team at Hayes Cricket Club and in 2017 set up a ‘first of its kind’ company,  ‘Cricket for Girls’.

At a time of massive growth in girls and women’s participation, Lydia’s initiative is offering high quality coaching across the country and within newly created high performance academies.