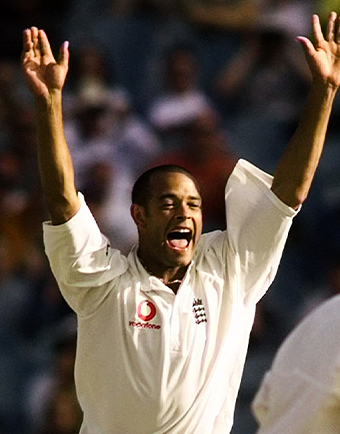 Dean Headley made his county debut in 1991, playing over 300 first class and List A games combined. He came through the ranks at his home county of Worcestershire before making his first class debut for Middlesex in 1991. Dean moved to Kent in 1992 and remained here for the rest of his county career which came to an end in 1999. A right arm quick bowler, Headley took over 600 wickets at county level including 25 fifers along the way. Headley also holds a world record for taking the three hat-tricks in a domestic season.

All this county success led to an England test debut in the 1997 Ashes at Old Trafford. Although only a three-year spell in the national side, Headley managed to take 60 wickets at test level. His main highlight was a man of the match performance in the 1998 Ashes at the MCG, where he took 6 wickets in the second innings of the 4th test to secure a victory, England’s only win on that tour. He also played for the ODI side 13 times.

Since retirement Dean has moved into coaching and is Director of Cricket at Stamford School in Lincolnshire. He has completed his ECB level 3 qualification and is embarking on his Level 4 qualification this year.

Counting on his years of experience at the highest end of the game, Dean is adept at transferring this knowledge in a variety of settings off the pitch. He is available for presentations and speaking engagements at a large range of functions. Dean is also capable of working in television and radio, offering an insight through his understanding of the game and his test match experience.