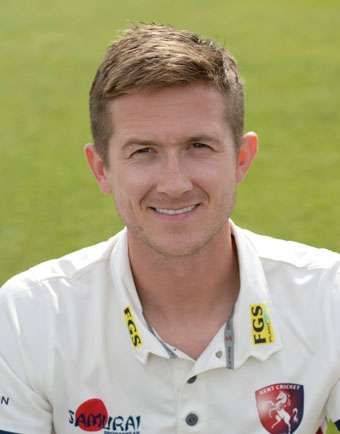 Dynamic at the top of the order, an athletic fielder and a more than useful leg break bowler, Joe has reached the heights of playing for England in Tests, ODI and T20 Internationals and still dominates at county level for Kent CCC.

Passing the milestone of 10,000 first class runs in the 2017 English domestic summer, he was also the leading run scorer in the NatWest T20 campaign. Opening the batting he amassed 567 runs, averaging 44, with a strike rate of 150, including two centuries.

Joe was selected by Dhaka Dynamites for the 5th Bangladesh Premier League, starting in November 2017. He has gone on to represent Sydney Sixers in Australia’s Big Bash 7 and 8 and Karachi Kings in the Pakistan Super League 3. He was drafted into PSL 4 but had to relinquish the spot due to England selection, however, KKR drafted him for IPL 2019

2018 was a fantastic English summer for Joe as he excelled with bat and ball and earned selection for England’s winter tours after becoming the PCA’s overall MVP.

Making his debut versus West Indies in the 2nd Test, he went onto make 69 in the 2nd innings of the 3rd Test.

Joe narrowly missed out on England’s final World Cup 15, but played in the July Test Match versus Ireland and was subsequently picked for the 2019 Ashes series before continuing during the Bio-secure bubble in 2020.