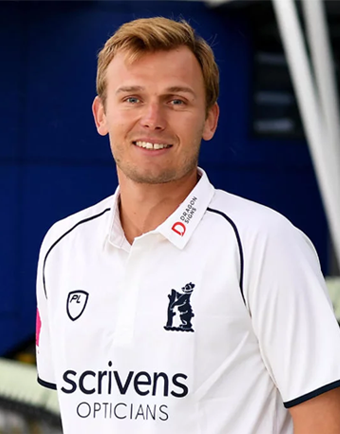 Danny Briggs is one of the most effective limited overs spinners in the country and across world cricket.  He made his international debut in an ODI against Pakistan in Dubai in 2012 and became the youngest Hampshire player to represent England.

He’s gone on to make seven appearances to date, in T20 internationals, the first being v South Africa at Edgbaston, in September 2012.

He joined Sussex from Hampshire in 2015 and has shone in all cricket, making him one of the most sought after spinners in the county game.

Nearing 200 wickets in T20 matches, he has an exemplary economy rate in this format of just over 7 runs per over, to go with his over 250 first class wickets. A career best innings 120 from 154 balls – batting at number 7 against South Africa A, contributes to a healthy first class batting average, of just under 20.

In July 2018, Danny re-signed for Sussex CCC keeping him at Hove. In October 2020, Danny signed a three year deal with Warwickshire and the Birmingham Bears, starting in the 2021 season.

He experienced the BBL for the first time in 2020, having signed with the Adelaide Strikers. BBL10 was successful for Danny as he bowled well throughout and his team reached the finals stage of the tournament.