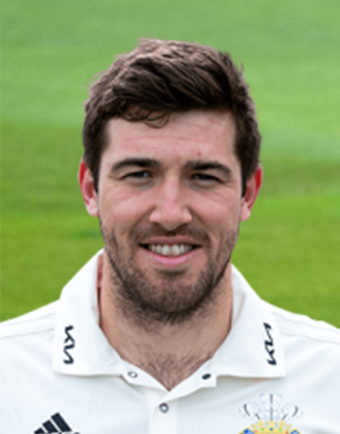 At 25, Jamie is one of the most exciting fast bowling all-rounders in the country. Having reached speeds in excess of 90mph in his career so far, he is never far from England selectors thoughts and was picked in England ODI squad in 2013 after just 13 List A appearances.

Injury set backs during 2017 and early 2018 curtailed his development, although he recovered to be one of the highest wicket takers during the English domestic T20 Blast.

Jamie toured India with England Lions in February 2019 and now has over 250 first team wickets across all formats.

Jamie’s franchise debut in the ADT10 was a great success with Overton taking both the most wickets and tournament MVP.

Jamie joined Surrey in the summer of 2020 and has cemented himself as an all-rounder with the ability to finish off a white ball game with the bat. Overton signed for the Manchester Originals for the inaugural edition of the Hundred (2021).