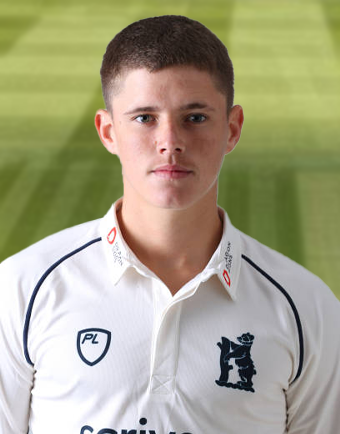 Bethell is an England U19 all-rounder who joined JATA in the winter of 2021.

Born in Barbados, Bethell moved to England and Warwickshire at the age of 12. He earned a scholarship at Rugby School and then was picked up by the Warwickshire Academy.

After impressing in the Academy and 2nd XI cricket, Jacob was awarded a three year senior deal with the Bears in January 2021. The 2021 season proved fruitful for the young talent, playing the majority of the One Day Cup while also making his T20 and First-Class debut at Edgbaston.

Lethal with both bat and ball, Bethell was later named as captain for the the England U19 series against the West Indies. Jacob took 6 wickets @ 12 while also contributing with 2 50s.

We look forward to supporting Jacob with his on and off field goals over his career.