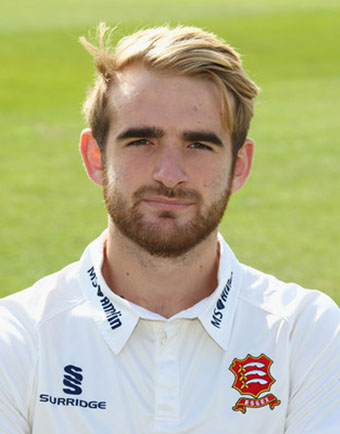 Paul Walter is one of an exciting batch of promising fast bowling all-rounders in English cricket.

Plucked from the Essex county leagues , he first attracted attention, playing for Billericay CC, when he struck six sixes in an over.

He was part of  the Essex squad that won the 2017 county championship.

At 6ft 7inches, primarily a left-arm seamer, who ‘hits the bat hard’, he can generate uncomfortable bounce from his tall frame.

To date he’s played a handful of County Championship matches and a full campaign of T20 matches in 2017, where he took the new ball on several occasions.