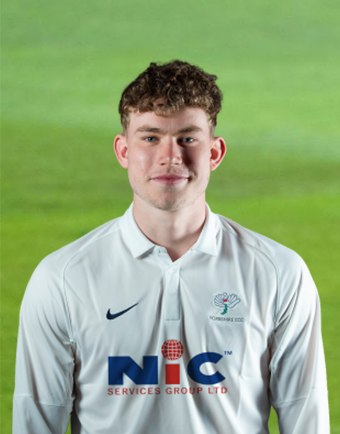 Matty Revis is an exciting young cricketer who plies his trade for Yorkshire CCC. He can both bat and bowl and has played the majority of his cricket so far at the top of the order. Coming through Sedbergh School and the Yorkshire academy, he made his first-class debut in 2019 against Kent at Headingley. This season Matty also got his debut in the Vitality Blast, playing in the Roses game at Old Trafford.

Matty has just been awarded a rookie contract at the White Rose heading into 2021 and will look to use this opportunity to cement himself into the first team squad over the next few seasons.