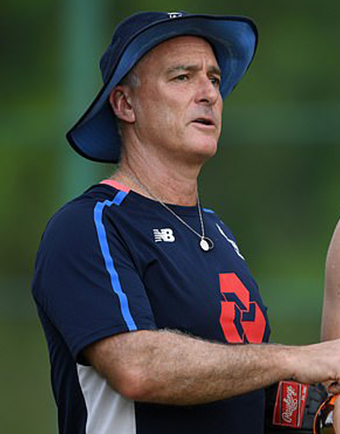 He established himself as the most complete England batsman  against pace or spin and was  a brilliant counter-attacking left-hander who had the invaluable trait of  starting of his innings with a quick 20 to seize the initiative.

He was the first England player to undergo ten consecutive years of winter tours.

Post career Graham has become one of the most respected coaches in the world.

His coaching experience started with stints in NSW, Australia in 2006-08 as assistant Coach/Batting coach and as assistant coach/batting coach with Surrey County Cricket Club from 2008-2011

Currently working as a lead National  batting coach with England, since 2011,  working with all England players in Test and ODI/T20 teams, he is quietly spoken , often away from the limelight, enormously popular and hardworking.

He is credited with much of the identification and development of leading England players Joe Root, Ben Stokes, Jonny Bairstow  and Jason Roy.