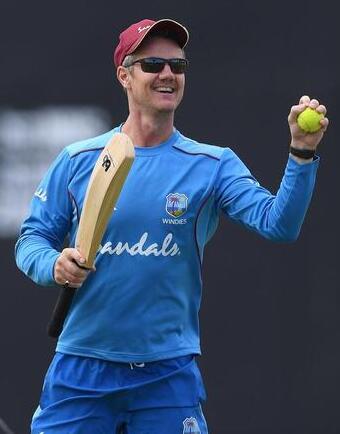 Toby Radford is an experienced, respected ECB L4 coach within the game and has held roles across both International and County cricket.

After his playing career came to an end, Toby worked in academy cricket, working in England’s Youth pathway as well as directing the academy at Lord’s with Middlesex. A successful promotion then followed, taking on the head coach role at Middlesex. Under Radford’s stewardship, Middlesex collected the T20 domestic trophy in the 2008 summer.

A move to Barbados then followed, with Toby taking on the director of high performance for the West Indies. This role then morphed into a stint as Assistant coach in the Caribbean, taking on all of the batting coaching. West Indies won the T20 World Cup in this period with an explosive batting line-up.

Toby then returned to the UK with the Head Coach role at Glamorgan. The Cardiff side improved their four day cricket under his leadership and recorded 4 consecutive wins in the County Championship in 2015. Toby then returned to the West Indies to continue his work in the batting department. He underpinned a stark improvement in the test match batting culminating the iconic win at Headingley in 2017.

His current role is the Director of High Performance Cricket in Bangladesh.

Toby is a respected batting coach around the world but also a insightful coach educator. He wrote and delivered the ECB level 3 batting module as well as mentoring both level 3 and inexperienced level 4 coaches.