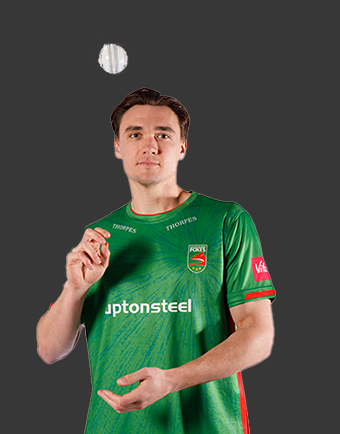 Lancastrian born Gavin Griffiths has proven he can deliver the goods after a memorable T20 debut for Lancashire in 2015 where he bowled a maiden over under high pressure in the semi-final against Hampshire at Edgbaston. He went on to play in the final proving his worth for Lancashire in helping them to win their first limited overs trophy in 16 years.

Moving to Leicestershire in 2016, Griffiths made his first class debut against Loughborough MCCU in 2017 with an impressive 3 wickets for 31.

The summer of 2018 saw him play regularly in Leicestershire’s championship side, making several match winning performances, including career best individual (6-49) and match figures (10-83) versus Durham.