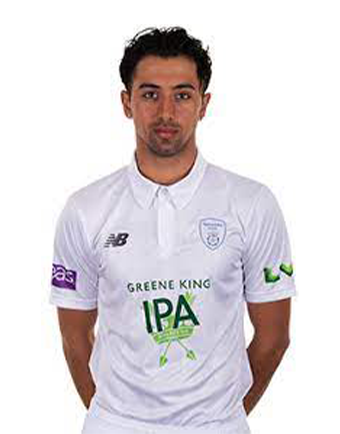 Ajeet Singh Dale is a right arm fast bowler who currently plies his trade at the Ageas Bowl for Hampshire. Originally from Berkshire, the twenty-one year old came through the Hampshire Academy before being thrusted into the 2XI side.

The summer of 2019 saw Dale playing a critical role in returning the Second XI County Championship to Southampton. He caught the eye of his county and was awarded a rookie contract ahead of the 2020 season.

A solid option across all formats, Dale made his first class debut for Hampshire in the Bob Willis Trophy against Sussex at Hove. Ajeet had an instant impact, picking up three wickets in the first innings. Dale continues to impress in 2XI cricket and will look to make his mark over the county scene over the coming seasons. Ajeet joined JATA towards the end of the 2021 season.